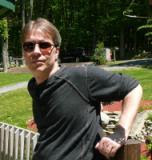 CHECK OUT OUR NEWS PAGE (L.H. tab) for conferences and early bird registrations happening THIS WEEK!
THIS MONTH'S GIVEAWAYS are a year of Footprints magazine or Clues to Your Calling, or Decadence and The Last Virgin in Year Ten and As the Eagle, Flies the King. TO BE IN THE DRAW, POST A COMMENT and click FOLLOW in the L.H. corner of the blog. For submissions for author interviews to aussiewriters, do the same.


This month’s winners are Cathy and Tabitha, both from QLD. Look out for our Aussie books on international bookshelves now!

Stephen Macquignon is the first of our international guests who are here to give us some insight beyond our borders. Stephen will help us unravel the mysteries of television and production for a children’s artist. An interesting thing that comes out of his story is the importance of networking. As they say, 75 percent of jobs are not advertised! Welcome, Stephen!

Your story is inspirational as an illustrator who has worked on TV. Can you tell us how this came about?

I had a friend, who had a friend, who owned an animation studio. It went something like, "I think they are looking for interns, interested?" It was my first break in the art industry. I made an appointment for an interview, took my portfolio to NYC, met with Robert Marianetti, who if my memory is correct was the Assistant Director on the very first animated show I worked on called "Santabear's High Flying Adventure." We seemed to click and we worked together on many projects after that.

So it was ‘who you know’. I’ve heard that somewhere before!

There seem to be many tasks in animation. What job description did you have?

I actually had quite a few. I started out as a runner. I would go from one location to another picking up or dropping off artwork, film reels, sound effects, coffee, lunch, etc. Then, I started to work in production at Michael Sporn Animation. Remember, this was long before computers were used in animation.

The technique we used then was called "cut paper on cell." Basically, once the drawing was completed, we would glue the drawings (characters) on to a clear piece of plastic called a cell, wait for the glue to dry, then cut the character out using an X-acto knife; you had to be careful not to cut too deep or you could cut right into the cell and would have to start all over again. Other jobs included cell cleaning, checking to make sure all the components of the scene were together, and coloring the characters. As time went on, I worked on story boards, a few back grounds and also as a color stylist. We would work from published story books or original ideas. As a color stylist, I was responsible to try and match the right color from the story book or create the color palette for an original title. Also, I was a production coordinator.

Do you write your own text?

No. I was never involved in writing the text. My passion has always been drawing, not writing.

How important was self marketing?

At the time, not very important. It seems to be the thing to do now, but back then, you really didn't hear much about it. It was important to go to different events to show your face, but outside of that ...

No. I do have a Facebook page, but that I keep for friends and family. I also have a MySpace page for the general public to see my work. I never use Twitter. There is one YouTube post from Rena Jones, the writer of The Marshmallow Man one of the books I illustrated, but I would not depend on any of these outlets to land me a job or gain any serious recognition.

It is a very hard business to get into. If you have the talent and the drive, just keep trying. From what others have told me, the industry seems to have changed a great deal since I started out—not as many animation studios where you sit together and work on a project. Now, thanks to computers, it seems that you can work more from your own home and continuously IM each other. I think being in the same room and bouncing ideas off each other is much better than sitting alone.

Do you have to do many drafts of your work?

Yes. You should buy stock in tracing paper when I'm working on a project. I will rework an illustration many times over until I feel it is just right.

Now you are a picture book illustrator, what are the themes running through your work?

Tell us about your illustrations.

All my work is still drawn and inked by hand. I then scan it into the computer and color everything digitally.

Thanks, Stephen, for a fascinating look into the ever-changing world of production for an artist.
See Stephen’s illustrations here: http://www.jacketflap.com/StephenM
Posted by Wendy Sargeant at 9:31 PM