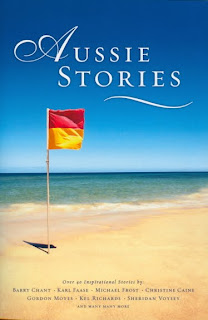 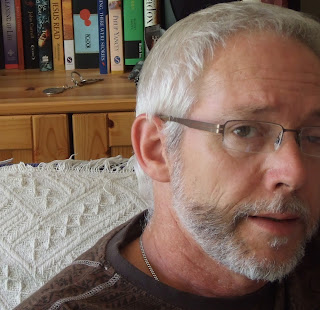 The WINNERS this month are Michelle E and Rita G. .

The GIVEAWAYS NEXT MONTH are a copy of Aussie Stories (an anthology of short stories published by Strand Publishing, 2009)
OR
Heartland: A Parable by Charles Fivaz (BookPal, 2010.) and The Silver Poplar by Edmund Smith.

You were involved in professional theatre for a time. How did that experience inform your writing?

Yes, I spent a year singing, dancing and acting in a musical production. Drama is just another form of story telling, so I spent that year really soaking up that particular form of the art. Of course, drama is a very visual form, so that year presented me with a great opportunity to develop my visual imagination which is so essential to the craft of writing. I mean, readers want to see your story, visualise it, picture the characters and the setting, and they’re often disappointed when they see a film adaptation of a book because it doesn’t match their own picture-drama of the narrative. Theatre did also give me an appreciation of how the characters I was playing could best be presented. My initial ideas were often at odds with the director, so it was a marvellous learning experience about what works for an audience and what doesn’t.


Did you find the theatre a difficult place to maintain a moral stance?

Difficult? Now that’s an understatement! The world of theatre and film is notoriously amoral. It’s a world of “anything goes” – I suppose because professional actors and dancers are constantly having to put themselves into the characters they are portraying, dark or otherwise. Professionally they have to be indifferent to the morality of a situation they are acting out. It’s the world they live and work in and the line between on and off stage often blurs. But I have to say that when a performer does make a quiet, often unspoken moral stand (off-stage), everyone generally respects that. Even admires it. But it is difficult. To make it even more difficult, the show that I was in went on tour, which meant the cast were living in hotels and sharing digs in various towns. You couldn’t get a more blurry line than that! The trick was to be constantly aware of the blur, then be firm and constant in your spiritual life and in the integrity of your relationships.


How did you establish your contacts in the industry? I'm asking this to help authors learn about marketing.

Joining writers’ groups and attending writers’ festivals put me in touch with the industry. The Victorian Writers’ Centre for example runs year-round workshops, talks and panel discussions that involve the whole gamut of the industry. Emerging and established authors attend these events, along with editors, publishers, publicists, artists, journalists and so on. And you get to meet and speak to people in the know. Same with the festivals, especially the Emerging Writers’ Festival in Melbourne which is especially geared for getting new writers to come to grips with the market. I met a lot of handy people there. One other thing I did was to phone and write to other authors for advice; Sharon Witt for example, who had successfully self-published her books. I was amazed at how generous authors are in sharing their experience with newcomers.


It's notoriously difficult to get short stories published. Which markets did you explore? How did you go about it?

I didn’t so much explore as fall into one by sheer luck. I sent a short story to an advertised national competition that promised publication to prize winners. It was my first attempt and I was awarded third prize. I was astonished. I say “luck” because judges and editors look for different things at different times, and they have their own pet likes and dislikes. Your brilliant submission may be not quite what they were looking for in their publication. The next story I sent to a Christian publisher got no reply. Then a year later it was looked at again – and accepted. Writers and mentors always advise: be patient and persistent, and do have a good look at the publication to see if your story will suit its style and readership. The Victorian Writers’ Centre’s monthly magazine and online news bulletin regularly lists the competitions and publications that ask for story submissions. That’s where I got most of my marketing ideas.

My stories are often about journeys of transition. About transformation. My characters have to face themselves, their past, their prejudices, and their attachments. They struggle to transcend their “stuckness”. Wanting to ‘have life and have it to the full’ is a painful process, and I want to show that. Having faith in dark times is another theme. Faith is the one thing that will carry us through life’s trials – faith working through love. Another favourite theme is humility: characters having to deal with their ego-centricity. We all have to do battle with our egos, don’t we?

Tell us something about your latest book.

Heartland. Well, first of all it’s a parable. Parables are like dreams. When you’ve had a significant dream what happened was you’ve told yourself a story! And when you tell someone else that story or write it down, you realise it’s about some real aspect of your life that needs attention right now. In telling the story you kind of get in touch with the problem; you say, ‘Ah! This means that, and that’s what I need to do here.’ The dream is a fiction narrative, but it is a “true” story. So: Heartland is a story about a runaway farm girl in search of her roots, looking for healing, and about her father who must let go of everything in his quest to find her. They’re on an emotional roller-coaster, journeying through farm lands and through their history. It’s a rite of passage for both of them, and when the farming community gets involved they too are challenged and transformed. An Indigenous tribesman plays a significant role as the heroine’s mentor. He tells her stories, using myth and fable to engage and encourage her. But what’s Heartland really about? Christian readers will have little trouble figuring it out. Even secular readers have told me they were moved by it and got a lot from it. A retired South African journalist called it “an enthralling read for anyone concerned about moving forward from the hurts of the past to a unified and forgiving future.” And they should know!

Link to my work: www.heartlandaparable.com .
Thanks Charles,
Wendy
Posted by Wendy Sargeant at 8:15 PM