Paula Vince--Picking up the Pieces 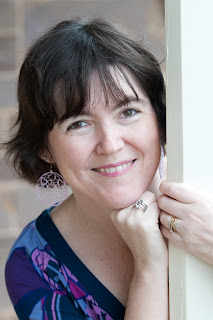 If you have a money-saving tip for writers, email me at aussiewriters at gmail dot com and you'll be in the draw for an aussiewriters book.
Wendy

We welcome Paula Vince, another winner of the CALEB inspirational awards for 2010.

When did you start writing and why?

I’ve been writing stories since I was a small girl at primary school. I’ve always been an avid reader and hated coming to the end of a book that I enjoyed. I would make up extra stories about what might happen to the characters next until I could have filled a book as long as the original author’s. This is why I decided to write my own fiction books, so they would never have to end until I wanted them to. Whenever anybody asked me, I’d say, “I want to write novels.” I never really wanted to do anything else.

What are the issues in your book and what convinced you to write about them?

The issues Picking up the Pieces deals with include rape, teenage pregnancy, abortion, accidental injury and sexual harassment. This may sound a bit gloomy and heavy but that’s far from the truth. My intention is for the book to bring joy and hope to the hearts of readers as they see the triumphant way these issues are handled as characters turn to God.
At the time, I’d been reading dramatic fiction in which nasty villains commit crimes with no shred of remorse. I began to ponder what deeply-rooted unhappiness may inspire a person to commit a serious crime. It seemed very sad to me that already deeply troubled people must bear a load of censure and blame on top of whatever they’ve done. So I decided I wanted to write a different sort of story in which the criminal is handled with the same sensitivity and compassion as the victim of his crime.

Tell us about the plot.

My heroine, Claire Parker, begins as a naïve, sweet-natured girl with optimistic hopes for her future. My hero, Blake Quinlan, is a sensitive and introverted young man who succumbs to a terrible crime of passion which is totally out of character for him. They and their families deal with the aftermath of blame, bitterness and remorse. But seven years later, the two main characters meet each other again and find themselves in for several challenging and wonderful surprises.

Tell us more about the characters.

I enjoy delving into their hearts and motivations. As well as the two characters I’ve mentioned, the hero’s sister-in-law and two brothers each have interesting stories of their own. I love it when readers discuss my characters with me as if they have become real friends who have earned their affection. One of my favourite exercises is to take a character who may seem thorny or unlikable on the surface and convince readers to love him.
I wanted Picking up the Pieces to be a book to turn stereotypes on their heads. I wanted people to love my main man who had committed a despicable action and I wanted readers to come to the end of a book dealing with such serious themes with lightness and joy, rather than heaviness in their hearts.

What audience would read the book?

I’ve had good feedback from teenagers and adults alike. Although I’d tend to say women and girls in their late teens, males have also told me that the book has impacted them. I’ll always remember the 11-year-old boy who stated that Picking up the Pieces was one of his “all-time favourite books” which he’d read several times over.

Can you recommend other books on the subject that have inspired you?

I enjoy all sorts of contemporary or historical novels which combine a good, fast-moving plot with sound, thoughtful character development. I’ve come across novels which seem to major on one aspect at the expense of the other. Some have been jam-packed with action, but don’t delve into the hearts of characters or indicate what makes them ‘tick’. Others have oozed with characters’ epiphanies and reflections, yet I’ve turned pages, growing increasingly frustrated and wondering, “When is something actually going to happen?” I think action and reflection must complement each other and highly recommend any book which successfully does this.
Over the past few years, I’ve been pleased to read many new publications by Australian Christian authors which achieve this balance.

What avenues have you explored in marketing the book?

I feel as if the surface has just been scratched. All of my books are available from Koorong and Word, as they are essentially faith-building novels, and I also love to reach the mainstream market wherever I can. I have my website, appleleafbooks.com, and also a fan page on Face Book which I’d love you to join. I also keep my own blog, appleleafblog.blogspot.com. I am always on the look-out for new ways to promote and market my books.
Where can we buy the book?

Thanks Paula. I look forward to reading the book.

Wendy
Posted by Wendy Sargeant at 12:21 AM